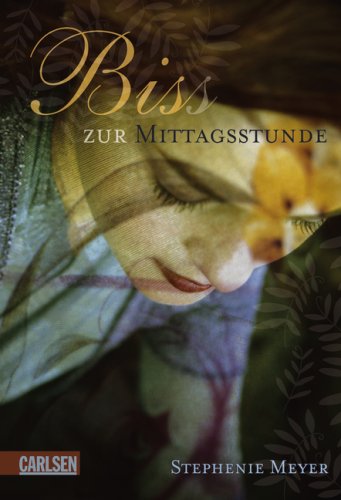 More filters. Sort order. TBRTakedown Day 3 - been wanting to read this one for a while. I think this was better than the Twilight ones Wish my library had the second part!

Here is what I have to say about this. Regardless of whatever my feelings are on the matter or what I say, clearly the cow is going to be milked no matter what else is going on.

If this still has the super lame font bs going on and horrendous balloon placement again I promise I will only give this a cursory glance at the bookstore and won't even try anymore.

It's a graphic novel folks, get creative It does. It's clear they don't even need to try. This will still sell like crack and no one will Here is what I have to say about this.

This will still sell like crack and no one will care. I finished up another book today and had a bit of time to kill before dinner.

It kept getting worse and worse. Just as the action is happening, BAM! Super huge balloon over the moment.

Even better is HUGE balloon Nice job guys, very nice job [sarc]. I took a few pics but honestly, it's not even worth my time to upload them.

Two painful observations, these books could be phenomenal. I mean honest to god fabulous and they just don't care.

The other, the art is fantastic. Why do they keep spending all this time, effort and energy to waste it all with poor execution on the tail end?

How unfortunate. Considering how much of a Twihard I am I know, I know Suck it :- I just can't get excited about this anymore.

They seemed to be taking their sweet sweet time with these releases and by the time we can to see Kim's interpretation of Renesmee I will have a forgotten all about it or b put a plague on both Meyer's and Kim's houses for screwing with us so bad and have since went into hiding to try and avoid the rest of the rabid fans for killing their beloved.

Oh, bonus, whoever in their drug-induced haze thinks I'm spoiling a moment for you with the name Renesmee you need to sober up.

If you know the name you've already been spoiled! That ain't my problem! It's not a spoiler anyway. Think about it.

I said a name. Get over it. If you can't, report me again, and I will cut you. View all 7 comments. It's the only decent book-turned-graphic novel out there.

I will be soooo bummed if I have to wait that long! I mean really, it'll be 6 years before they're done converting the books, and that's only if there are 2 graphic novels per book.

View all 4 comments. I've been following the series for a long time. I'm enjoying it very well. Illustrations are lovely.

That was thoroughly enjoyable. Since vol. Mar 08, So Young's gonna do the rest of the series? Oh well, i trust her anyways.

View all 3 comments. I wasn't even going to read this because the first half of new moon isn't my favourite, and the second half will be forever in developmental hell because certain someone takes forever to finish her projects.

I'm actually glad I gave it a chance. It was a great a way to reconnect with the series. View 2 comments. I read the first two graphic novels years ago when they were still current but at this pace, I think it's better to let them go.

Secondly, the large text bubbles that looked like they were made on Paint and small font just made it feel very either cheap or misguided in the way a graphic novel should be formatted so that was distracting.

Besides all that, the reason I read these graphic novels in the first place was because I liked the drawing style and that remains in the volume.

I think it's a little lacklustre compared to the first two volumes but it was still enjoyable to follow through each page.

It helps me to remember the actual BOOK story versus the movies. The illustrations are really quite amazing and they capture the key elements of what happened in each installment!

Can't wait for the next one! I quiet enjoyed reading this as New Moon is one of my favourites from the Twilight series.

But I found it really annoying that Bella just couldn't seem to live without Edward at first. It also refreshed my mind after a long time Not really a whole lot to review since it's just New Moon in comic form.

Now pay attention, because this review gets tricky. I am a 25 year old heterosexual I shit you not male and I love these graphic novels.

Because fuck you, that's why. I love the art work in these. So frustrating. There never will be - it was written too long ago.

Of course I know what happens, but I want it drawn for me, damn it! I like it. Believe it or not, but I had completely forgotten that I had ever read this book.

I only noticed when I saw it in the library, wanted to read it to see how it was adapted this time and then saw here on Goodreads that I had already read and reviewed it.

It is that forgettable. Back then I read this in the bookstore, it is that short and uncomplicated. Credit where is due: the graphic novel is way less annoying than the original book and the art is for the most part acceptable except for the wolves Believe it or not, but I had completely forgotten that I had ever read this book.

Credit where is due: the graphic novel is way less annoying than the original book and the art is for the most part acceptable except for the wolves, they looked simply ridiculous.

But: It is still the same story. Edward and the Cullens are still as creepy, seriously these are the creepiest looking vampires I have ever seen even the Nosferatu vampires of White Wolf are at least monstrous but they are not as scary as these.

Their faces are usually bland and they tend to look pretty much alike and interestingly the evil vampires Laurent and Victoria where not one bit creepy but the Cullens were.

Also they had more distinctive faces, which is odd since apparently the author could draw different faces here but apparently there is only one template for good looing, even Jacob didn't look that different from the Cullens albeit his size is more apparent here, which makes Bella even more moronic that she didn't find that odd.

And its not just their looks, especially the eyes they have often look as if they are Many people here looked that way, often.

Of course the Cullens were equally controlling and disrespectful of Bella's wishes, not that Bella is any different with her human friends, and Edward the same creepy control freak who things he knows everything better.

And speaking of creepy: How abusive and needy their relationship is becomes clear even on the first few pages.

They practically force each other to be together. The plot was basically non-existent and can be summed up with: Bella emos over Edward and uses Jacob as a distraction.

But to make this as short as possible and not longer than it needs to be: Bella never smiles when she is with the Cullens.

So that the artist captured pretty well. That girl scowls or looks sad constantly. The only difference is with Jacob, then she actually smiles technically Jacob treats her like a human being and not some porcelaine doll he can manipulate and "protect" like Edward does, so why on earth she choses Edward is beyond me , or when she hears Edwards voice in her head.

And that is the next thing: Not only do Edward and Bella fit all the warning signs of an abusive relationship, but Bella's behavior in this first part of the graphic novel already shows quite alot of behavior that is stated as symptoms of schizophrenia.

So Bella is quite officially crazy. Wow, what a heroine. New Moon is my favorite of the Twilight novels. It is not because of Jacob, but because of the angst and torment Bella goes through, before finding redemption and Edward at the end.

I love the drawings in the graphic novels, especially Bella and her expressions and even her hair. Necessary cookies are absolutely essential for the website to function properly.

These cookies do not store any personal information. Any cookies that may not be particularly necessary for the website to function and is used specifically to collect user personal data via analytics, ads, other embedded contents are termed as non-necessary cookies.

It is mandatory to procure user consent prior to running these cookies on your website. Menü Startseite Kontakt Sitemap.

This website uses cookies to improve your experience. We'll assume you're ok with this, but you can opt-out if you wish.

View all posts by Malatilar →